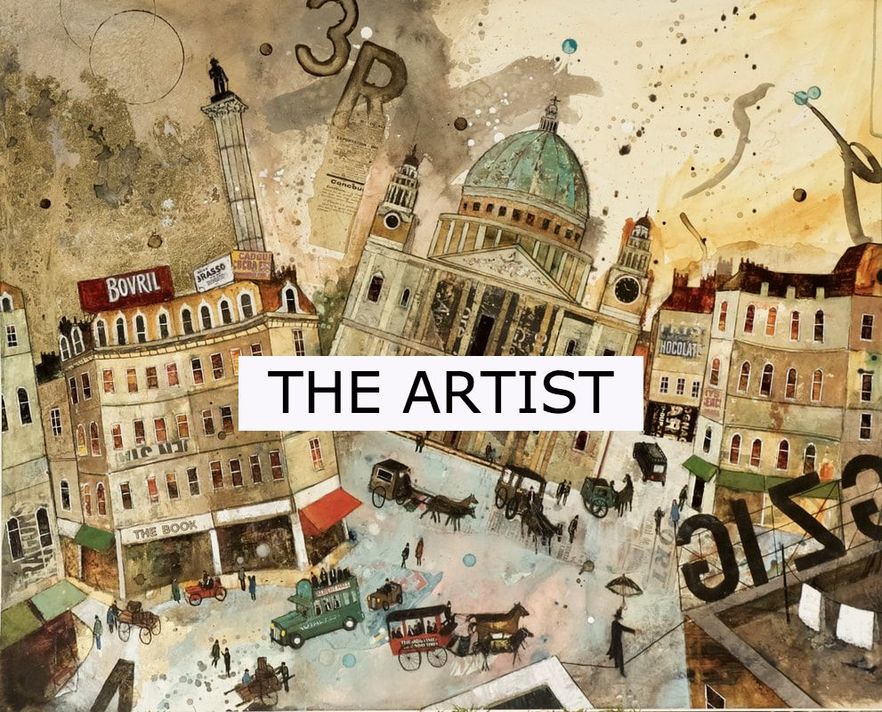 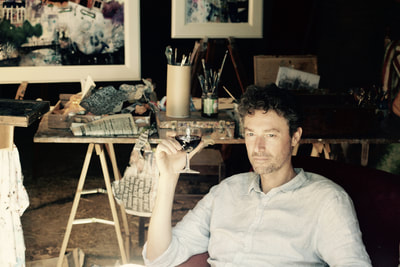 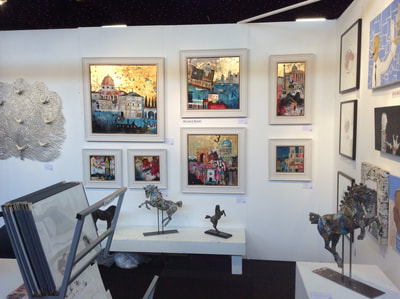 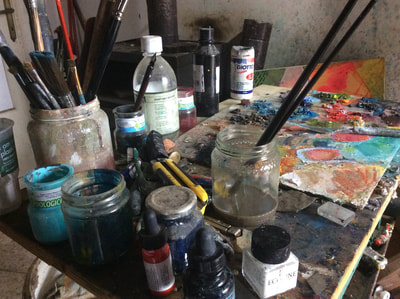 Richard Burel is celebrated for his humorous and colourful townscapes and his original and highly recognisable style. Each scene has a simple narrative which is brought to life by figures and structural details that have amused him or fired his imagination. In his most recent work he has introduced a range of ‘superheroes’ who, he says “are now in their middle years and are no longer 'A' listers on the celebrity scene… a little rusty and unpredictable!” But in the midst of the whimsy, there is a genuinely formed impression of a living, breathing city clothed in distinctive urban architecture.

Employing a technique of layering paint and collage, Richard incorporates rich, jewel like colours and creates an extravagant visual treat. He has always been a daydreamer, and prefers to let the image emerge by freeing his creative process rather than constructing his paintings in rigid and logical fashion. Using a variety of tools he adds pastels, inks and gold leaf to his vibrant collages creating a sense of depth that draws the viewer in to his world of vivid colour and quirky charm.
Richard has travelled extensively, from European cities like Paris, Rome and Venice to the exotic parallel universe of Havana, and his work is informed by the diverse architectural styles, colours, tones and textures that he has encountered on his way. He approaches a painting by honing his sense of place, spending time in a location and becoming familiar with both the atmosphere and with the details that make it unique. He then works partially from memory to compose a piece of work that is truly imaginative, yet that captures the essence of his subject.

Born in 1974 in Rouen in France, Richard is a self taught artist. His work has been warmly received in exhibitions at many leading British Art Galleries.
Powered by